Wondering what your online attendance gets you beyond innovative strategies to engage and motivate K-12 students in any setting? As part of our 10-year celebration of partnering with educators across the nation, LSI is offering a unique white glove, VIP lineup of “10 extras” that you won’t find at “MEGA” conferences: 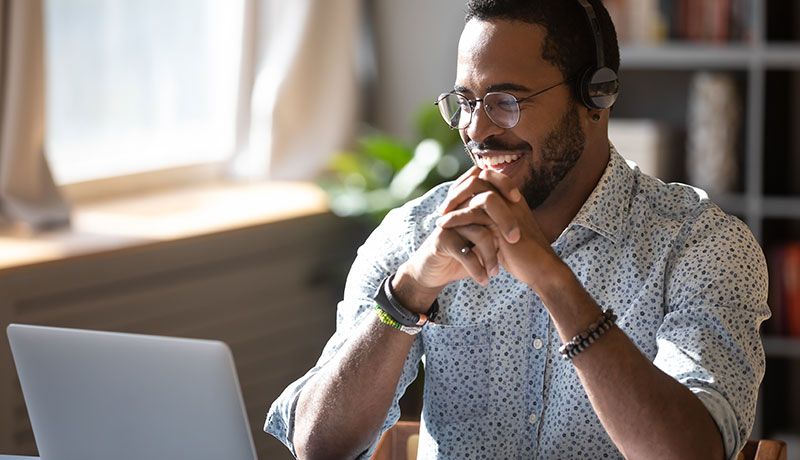 No early starts! No late endings! And plenty of debrief time
3

Engage with other educators and school leaders in breakout rooms
5

You won't be just another registrant in a virtual amphitheater
6

Opportunities to ask your specific questions
7

Keep learning all summer and revisit your favorite sessions
9

Certificate of Participation for PD Credits

Earn as many as 30+ participation hours

INSPIRE YOU TO THE NEXT LEVEL

Alison Levine has made a career out of breaking boundaries and inspiring others to achieve more than they ever thought possible.

Alison Levine has made a career out of breaking boundaries and inspiring others to achieve more than they ever thought possible. A history-making polar explorer and mountaineer, she served as team captain of the first American Women’s Everest Expedition, climbed the highest peak on each continent and skied to both the North and South Poles—a feat known as the Adventure Grand Slam— which only twenty people in the world have achieved. In January 2008, she made history as the first American to complete a 600-mile traverse across west Antarctica to the South Pole following the route of legendary explorer Reinhold Messner. Levine completed this arduous journey on skis while hauling 150 pounds of her gear and supplies in a sled harnessed to her waist. She made history again in 2016 when she completed two first ascents: Hall Peak in Antarctica and Khang Karpo in Nepal. Her success in extreme environments is noteworthy given she has had three heart surgeries and suffers from Raynaud’s disease, which causes the arteries that feed her fingers and toes to collapse in cold weather—leaving her at extreme risk for frostbite.

In addition to climbing mountains, Levine has also spent time climbing the corporate ladder. She has worked for several Fortune 500 companies in both sales and marketing roles and spent three years at Goldman Sachs. She left Wall Street in 2003 to serve as Deputy Finance Director for Arnold Schwarzenegger in his successful bid to become governor of California.

When not challenging herself in the outdoors, Levine focuses on training others to become strong leaders. She spent four years as an adjunct professor at the United States Military Academy at West Point in the Department of Behavioral Sciences & Leadership. In 2013 she transitioned from training cadets to working with corporate leaders and currently serves on the board and faculty of the Thayer Leader Development Group at West Point—one of the nation’s premiere executive leader development programs. She was a contributing author to the book Leadership in Dangerous Situations: A Handbook for the Armed Forces, Emergency Services and First Responders (Naval Institute Press). She also served as a board member and Senior Fellow at the Coach K Center on Leadership & Ethics at Duke University.

Levine is the founder of the Climb High Foundation, a nonprofit organization dedicated to improving the lives of jobless women in western Uganda by training them to be trekking guides and porters in their local mountains, thus allowing them to earn a sustainable living wage through climbing-related tourism. Prior to her work in Uganda, women’s only avenue to earn money in this area of the country was through prostitution. Her efforts enabled the very first group of local women to climb Uganda’s highest peak—Mt Stanley. Her work to change the lives of women in Africa is the subject of the PBS documentary Living Courageously.

Levine’s newest role is that of executive producer of the upcoming documentary film The Glass Ceiling (www.theglassceilingmovie.com), which chronicles the life of Pasang Lhamu Sherpa (1961-1993), the first female Sherpa to summit Mt. Everest.

Levine was inducted into the Arizona Women’s Hall of Fame in 2018. She holds a BA from the University of Arizona and an MBA from Duke University, where she currently serves on the Board of Visitors. She is the recipient of the 2019 Ellis Island Medal of Honor which recognizes individuals whose accomplishments in their field and inspired service to our nation are cause for celebration. The Medal has been officially recognized by both Houses of Congress as one of our nation’s most prestigious awards and is annually memorialized in the Congressional Record.

A sought-after consultant and keynote speaker on the subject of leadership development, Levine has addressed audiences ranging from Fortune 500 companies to professional sports teams to the prestigious World Economic Forum at Davos. She is the author of the New York Times best-seller
On the Edge: Leadership Lessons from Mount Everest and other Extreme Environments. Having spent prolonged periods of time in some of the world's most dangerous and inhospitable places, she tackles the topics of creating cohesive teams, taking responsible risks, and developing no-nonsense leaders that can succeed in times of uncertainty.

FUN FACT: Levine’s life story was the inspiration for a craft beer called Conquer the Route Chocolate Stout which is distributed by Bold Missy Brewery and features her likeness on the label.

From Ugandan refugee to successful entrepreneur, CEO, and renowned human rights activist, Derreck’s journey inspires audiences to dream big. Through personable and articulate storytelling, he shares his visionary ideas for harnessing the power of observation and creative problem solving, applicable to any organization or community. It’s all about taking responsibility while looking for opportunities to improve.

Derreck is the founder of the Global Soap Project: a humanitarian aid organization that collects discarded and unused soap from thousands of hotels worldwide, reprocesses it, then distributes it to in-need populations around the world. The project was born from his simple observation about how much soap is available in hotels, and how much is thrown away when hotel rooms are turned. This observation turned into a simple yet innovative idea that is now battling global health issues in 90 countries. Hygiene-related diseases, and the resulting deaths, have dissipated in many at-risk communities, thanks in part to Derreck’s creative problem solving.

CEO of LSI and Award-Winning Author

Michael D. Toth is founder and CEO of Learning Sciences International (LSI) and leads LSI’s Applied Research Center. He is the author of The Power of Student Teams: Achieving Social, Emotional, and Cognitive Learning in Every Classroom Through Academic Teaming with David Sousa; author of Who Moved My Standards? Joyful Teaching in an Age of Change; and co-author with Dr. Robert J. Marzano of The Essentials of a Standards-Driven Classroom, School Leadership for Results, and Teacher Evaluation that Makes a Difference.

Internationally recognized author of The New Art and Science of Teaching, Dr. Marzano will share practical translations of the most current research and theory into classroom strategies.

Internationally recognized author of The New Art and Science of Teaching, Dr. Marzano will share practical translations of the most current research and theory into classroom strategies. Including thought-provoking aspects of rigor, their impact on types of work such as team-centered tasks that promote effective student collaboration and promote complex learning which are covered in his latest book, Understanding Rigor in the Classroom.

Dr. Marzano's practical translations of the most current research and theory into classroom strategies are widely practiced internationally by both teachers and administrators.

Things will never be the same in the classroom following last year’s learning loss. You heroically kept students safe in the face of a pandemic, but we can never go back to the way things were.  Now it’s time for some hope and change to strengthen core instruction and close the largest learning gap of our careers. 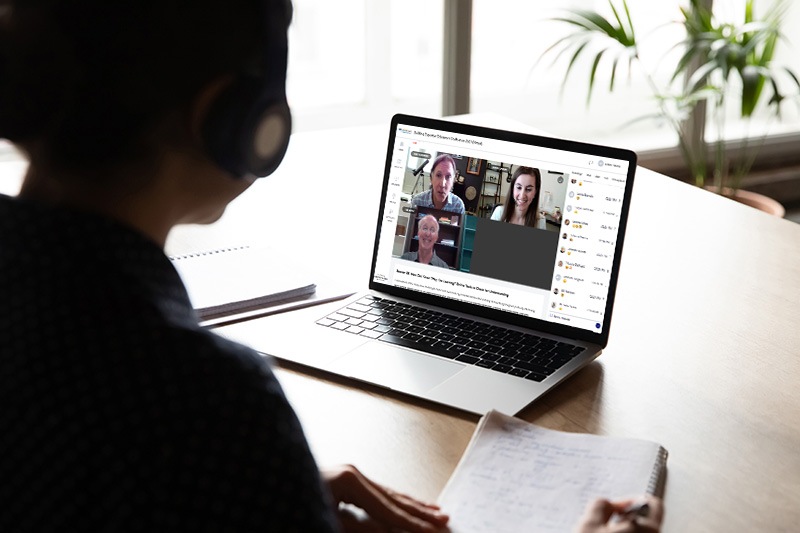 HEAR WHAT PEOPLE ARE SAYING
ABOUT BUILDING EXPERTISE

I love the enthusiasm of the presenters, despite anything else going on in the world at this time!

This conference really sparked something GRAND inside of me. I am energized for the new school year. I'm ready. ... Bring 'em on!

The topics were very useful and easily used in my classroom.

The conference was so very well organized and well thought out. Thank you for that. I really enjoyed all the sessions.

The sessions were extremely inspiring and content-heavy. I did not feel that any session was a waste of time or money.

I took copious notes, and I will likely watch these sessions again in the near future to ensure I utilize this information with optimized efficacy.

I loved how positive and supportive it was. I loved the SEL information, the teaming sessions, and the e-learning engagement sessions.

Overall, the entire conference was very engaging and inspiring. I feel very motivated to get back to school and get my students energized about learning.

For a virtual conference, I still felt it was very well organized and engaging. I liked that the questions people asked were actually answered by the presenter.

I enjoyed the interactive aspect of the conference. It was nice to feel a part of a community even though we were not in a face-to-face setting.

CREDIT FOR ATTENDING THE CONFERENCE

Building Expertise Educators Conference attendees will receive certificates of completion for each individual session that they participate in live or watch as a recording during the 60-day on-demand viewing window following the conference.

If you’re ready to register, but need to make the case to attend, click the button below to access our helpful resources.

Get Them to Say 'YES' Now

If you have questions, LSI’s conference staff will work hard to make either experience smooth and hassle-free. Contact us at: 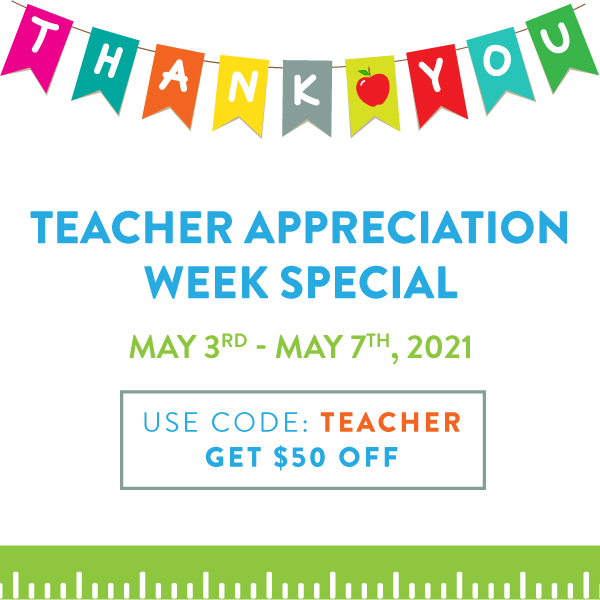